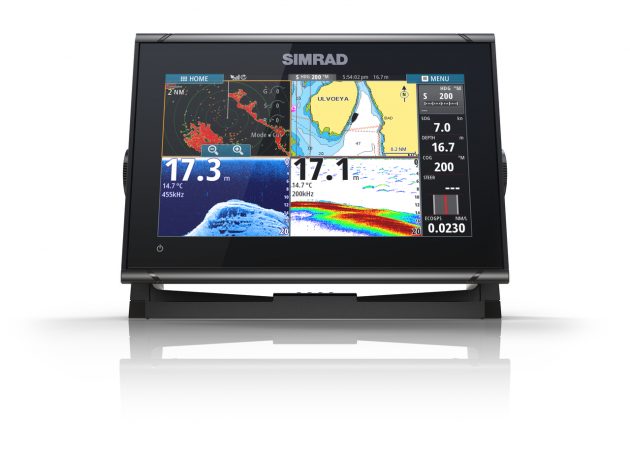 Are you looking for the best 9″ multifunction fishfinder and chartplotter at an affordable price? Look no further than the Simrad GO9 XSE! This unit is a fantastic multi-function display that can serve as a navigational chart plotter, CHIRP fish finder, radar display, NMEA 2000 display, and much more. The GO9 XSE is the largest unit in the GO series lineup from Simrad, which also includes the highly popular GO5 XSE and GO7 XSE models. In this hands on review, you’ll get educated on some of the main features that make this device truly amazing, as well as some of the shortcomings that we’ve encountered along the way.

There are multiple packages that are available for purchase including:

I picked up the GO9 XSE with TotalScan Transducer and Basemap. Below is the summary of my experience with this unit so far. 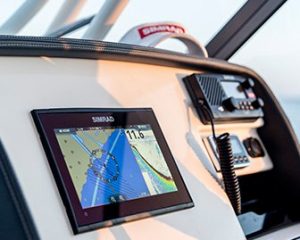 Using the included template, cutting the hole for the device was easy and I made quick work of the job using a 1-inch hole saw to cut the corners, and then a jig saw for the straight edges. Cutting along the outer edge of the template provided plenty of room for the unit to slide in. Once I connected the power, transducer, and NMEA cables, I placed the unit in the cutout, removed the edge trim from the front of the unit to reveal the holes for the mounting screws, and marked the 4 holes to be drilled for the mounting screws. The unit attaches to the dashboard via 4 small screws on the front of the unit. This is slightly unsettling because anyone with a small Phillips head screw driver could make quick work of jumping on the boat and walking away with the unit. However, with the edge trim in place, the screws are not visible so this should not be a major concern.

Simrad did a fantastic job with the GO9 XSE. The exterior of the unit is sleek and looks great surface mounted on a center console. Having used the GO7 XSE for the last year and having a great experience, it was a no brainer to upgrade to the larger GO9. The larger size provides ample screen real estate for using up to 4 different views at once.

The large touchscreen is nice, however it shares the same 800×480 pixel resolution as the GO7 screen which is a slight disappointment, however the screen is still sharp looking. Utilizing the touch screen is a lot like using a smartphone or tablet, however some multi-touch gestures like zooming are not nearly as responsive, and can be a little clunky at times. The screen is very bright and I had no problems viewing it in direct sunlight, even while viewing from an angle.

The software that runs on the GO9 is the same that you’ll find on the premium NSS EVO series of displays. It’s very intuitive and extremely customizable for those that like to tinker with settings. The software supports all sorts of split screen configurations, with the ability to add customizable info bars to further enhance your views.

One of my favorite features is TripIntel which provides valuable information for every trip like tracks, distance traveled, fuel burn / fuel efficiency (via NMEA2K), and duration of trip. It makes it really easy to split the fuel bill with your friends after a long day on the water. 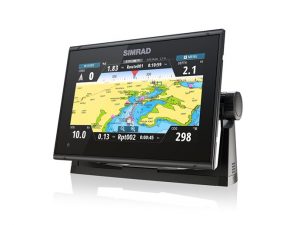 I purchased the GO9 XSE model that included the basemaps, which is the same way I purchased the GO7 XSE, and while the base maps included in the GO7 were great, the GO9 included an extremely stripped down world basemap. For a fisherman that relies on contour lines for finding fish, and detailed maps for navigating, the base maps were not very useful and I had to resort to purchasing additional charts.

While there are many 3rd party mapping solutions out there including Navico’s (Simrad/Lowrance) own Insight charts, I chose to go with Navionics+ Northeast Region as I have used it in the past and it is held in high regard by other fisherman in the area. I would highly recommend purchasing the version of this unit that’s bundled with Navionics+.

Using the chart plotter with the upgraded maps has been a great experience. One of my favorite features of the GO series of displays is the navigation view that I use quite often when heading offshore for a day of fishing. Knowing my course, speed, and distance to destination is important and this view captures it all and provides helpful guides for staying on course.

One of the main reasons I chose the Simrad GO9 was for the ability to have CHIRP, downscan, and sidescan and only need to install one transducer. The traditional chirp sonar has worked flawlessly, and I can clearly mark fish and even hold bottom while at cruising speeds. The big disappointment is that the sidescan has performed rather poorly and I do not get images that resemble what is advertised. This may be a result of the installation location so I may experiment with different placements to try to improve my results.

The included TotalScan transducer has a new and improved design. The new design changes the location of the cable and replaces the two-piece metal bracket with an integrated plastic version. The plastic bracket may sound like a downgrade but the “stainless steel” bracket that came with the GO7 XSE unit showed signs of moderate rust after only 1 season.

Although I did not order the version that includes the Simrad 3G or 4G radar, this unit does support the 3G, 4G, and Halo Pulse radomes from Simrad. This is a welcome addition to the feature set, as the GO7 and GO5 do not include a radar port. For those looking for a display that can support radar, but not looking to spend twice the price on a true multi-function display, the Simrad GO9 XSE is a fantastic option.

The GO9 XSE does not support ethernet networking, but it does have full support for NMEA2000 networking. I hooked my unit up to a NMEA2000 backbone that is receiving data from a Lowrance fuel flow meter and the connection worked flawlessly. The GO9 now calculates fuel flow, miles per gallon, and fuel remaining. Although you have to manually enter fuel added at each fill up, it takes about 5 seconds to do so, and the unit will automatically calibrate actual vs. measured fuel burn.

Future plans for networking include adding a Fusion radio and an AIS capable VHF radio. The Simrad will interface with the Fusion radio to allow you to control the radio directly from the GO9XSE!

One of my favorite features of the Simrad GO series is the GoFree Wifi. This feature allows you to connect to wifi and download maps, software updates, and more. Updates are now painless and don’t require a trip home with an SD card!

The GO series displays can also connect to your phone or tablet while you’re on the water, mirroring your display’s screen and giving you full remote control from a tablet! This is a fantastic feature that will come in handy on nearly every trip. The downside is that the connection is limited to mirroring exactly what is shown on your display, so you’re tablet or phone can’t be used as an independent second screen.

The GO9 XSE could almost be classified as a fully featured multi-function display, except that it lacks true networking capabilities, which is a nice to have feature in multi screen applications.

If you’re shopping for a 9” touch screen display, it’s going to be hard to beat the value that you get with the Simrad GO9 XSE. No other manufacturer currently offers anything that can match the feature set of the GO9 XSE at such a reasonable price.

We hope you’ve found this Simrad GO9 XSE review to be helpful. If you have any further questions about this unit, don’t hesitate to contact us! 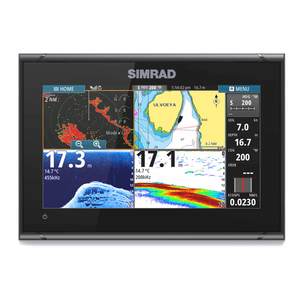 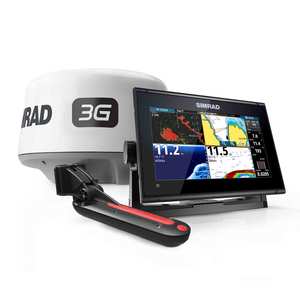 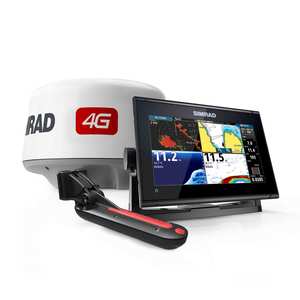 About our deals: The Trading Dock may earn affiliate money if you buy items listed on our site. It's how we're able to take the time to source these deals. Learn more here.

Pricing Disclaimer: We can't always tell when a sale will end, so we can't guarantee the sale prices we find. If you find a deal that's expired, or if our price is incorrect, please let us know.

With so many options on the market, and a range of pricing and features, finding the right fishfinder GPS combo can be a lot of work. And on top of that, every angler’s needs are different. That’s why...

Sonar, or “Fish Finding” technology has made incredible advances over the past few years, and innovations keep coming at an escalating pace. Not too long ago, it seemed like manufacturers were getting...

When shopping around for the best saltwater spinning reels, there are many factors that go into making the decision of which one to purchase. With so many different brands, lineups, sizes, and price p...

We’ve all been there. You’re out on the water and you hook a story-worthy fish. Your buddy scrambles for their phone to capture the moment, but by the time they put down their rod, dig the... 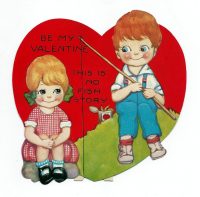 What do you get for the fisherman that seems to have everything? More fishing gear of course! The problem is that all fishermen are picky, and with the vast selection of rods, reels, lures, tools, bai...

As fishermen, we worry so much about bringing the right rod, reel, or fishing lure each time we go out. In order to not drive ourselves crazy, we tend to overpack and bring just about everything we ow...

Let’s talk tuna fishing on a budget. It’s easy to get caught up in thinking that you need the best gear to catch more and bigger fish. As fisherman, each time we purchase a new rod, reel, ...
See all our latest Posts 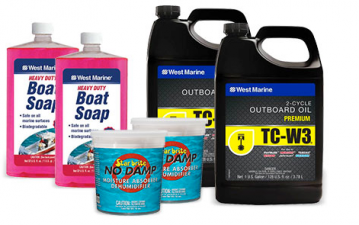 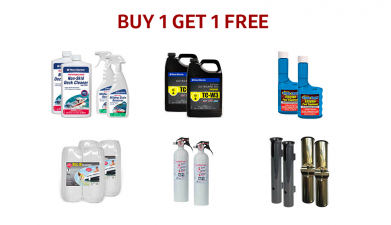